As the farmer protests continue in Delhi, we examine other instances in world history when cultivators have rebelled

The ongoing protests by farmers at the borders of Delhi have been at the centre of the news cycle for three weeks now. Not only have they elicited enthusiastic support from people across India and abroad, but have also invited much soul searching within.

At the heart of the controversy are the three new agricultural laws that Parliament passed in September. Farmers and other critics claim that the laws are a guise under which the agriculture sector in India will be deregulated and opened to corporates, including those that have close links to the ruling party at the Centre. The Government of India, meanwhile, has defended the laws so far, saying that they would lead to ‘One country, One market’.

For the moment, no side is willing to give in to the other. The protestors have come prepared for the long haul and are camping in makeshift infrastructure, out in the biting cold.

While the initial days of the protests had seen protesting farmers being targeted by water cannons and tear gas by the police, the protests have, by and large been peaceful.

The protests have generated a lot of curosity among non-farming sections of society as to what the farmers would be able to achieve through their act.

One answer to that question would be: A lot. One just needs to look at the past for clues. There have been many instances in the past where cultivators were involved. The pre-industrial society, mostly in Europe, has been witness to insurrections or so-called revolts and rebellions by ‘peasants’, a specific class (or underclass) that became rarer as societies industrialised.

Thousands of lives were lost in these ‘peasant revolts’ that raged across continents. Historians and academics have studied them for years, trying to analyse what led to these mass events of violence and what lessons they hold for present and future generations. The major takeaway is that peasants were able to make a significant mark on the timeline of history with their participation in landmark events.

For a long time, both, Marxist and non-Marxist theorists assumed that peasants lacked the agency to start ‘revolutions’ on their own and that the violent incidents that occurred in the Middle Ages involving them could not be described as revolutions.

There is a tradition exalting the German Peasants’ War of 1525 that goes back to Friedrich Engels, however, he interpreted the struggle as a manifestation of the contradictions of feudal society and the transition to capitalism. The peasants could not be said to serve as historical actors in their own right

That role, for most Marxists, was reserved for the urban bourgeoise.

At the same time, said Freedman, non-Marxist theorists too did not think very highly of peasants:

The leading historian of the revolt, Günther Franz, regarded it as part of a larger struggle over the fate of the German Reich. Other historians, while not quite so completely minimising the social aspects of the war, regarded the peasants as acted on from outside by the Reformation and its concomittant subversive ideas that originated in cities

However, such thinking has undergone change in recent times with more evidence adding up that peasants and peasant leaders may have been much more rational than the ‘rabble’ they were assumed to be, writes Freedman:

Much of this, however, has changed in recent years as the resourcefulness and rationality of peasants has come to be more positively evaluated

Even more telling is the fact that peasants may not have always been guided by idealism to found a ‘just and egalitarian society’.

The views and perspectives on what constitute a ‘classic’ peasant revolt thus differ widely.

Let us though, take a look at three events on three continents comprising the Old World (Europe, Africa and Asia) that may broadly be categorised as ‘peasant revolts.’

Most scholars agree that the Black Death sweeping across Europe in the 1340s laid the groundwork for the Peasants’ Revolt of 1381 in England.

By 1350, large parts of England had been depopulated due to the bubonic plague. The countryside was almost empty. Labour shortages were severe.

In reaction to the Plague, King Edward III promulgated laws that ensured that power would remain in the hands of the land-owning classes. This he did by ‘freezing’ wages to pre-plague levels. No cultivator could leave his employment without giving cause.

The immediate cause of the 1381 revolt was the announcement of a third poll tax in 15 years.

Peasants from the counties of Essex and Kent banded together under the leadership of yeoman Wat Tyler and a charismatic preacher named John Balle, who preached that since all humanity was the progeny of Adam and Eve, the nobility were of the same status as the peasants.

The peasants marched onto London. After a number of acts of violence, they were called for talks with the 14-year-old King Richard II.

Even as the talks were going on, Tyler was killed, either by accident or by design by one of the King’s men. This proved to be the rebellion’s undoing and it unraveled from there on.

In the aftermath of the revolt, serfdom started declining in England though the decline was more economic than political. It vanished in the 15th century in England. By the Industrial Revolution, the social structure had completely changed.

A photograph taken in 1907 of the Herero tribe who were forced to live in the desert and died of starvation. Photo: The Association of the Ovaherero Genocide in USA

However, the primary aspect in the German-Herrero and Nama Wars was land. With the establishment of the German Colony of South West Africa in present-day Namibia at the end of the 19th century, German settlers began to take over.

Benjamin Madley, a scholar and historian at the University of California, Los Angeles, says acquisition of land was central to the German colonial agenda.

Relations between the Germans and the local tribes began to deteriorate as the settlers grabbed land and livestock, which were the prized possessions of the tribes. Soon revolts began. In January 1904, the German-Herero Wars began. On August 11, 1904, Lieutenant General Lothar von Trotha and his soldiers defeated the Herero warriors on the plateau of Waterberg.

As the Herero people fled into the desert, Trotha ordered his troops to shoot at sight anyone who attempted to escape. The troops even poisoned waterbodies. In October the same year, when the Nama tribe rebelled, they too were dealt in a similar way.

The war brought about the first genocide of the 20th century with Herrero and Nama tribes people systematically targeted. One school of thought says that the genocide was the training ground for the tactics used by the Third Reich against groups such as Jews, Roma, Slavs and Communists in World War II.

Another lasting impact of the war was lasting white minority rule that only ended in 1990. However, most land in Namibia is still owned by whites. 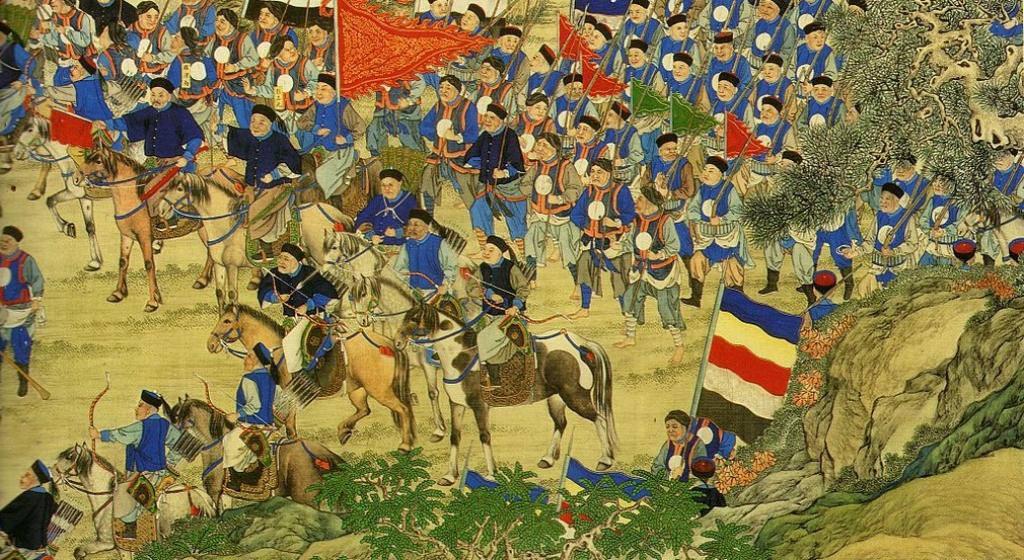 A battle during the Taiping Rebellion in China. Photo: Wikimedia Commons

The Taiping Rebellion took place in Qing China in the backdrop of the country’s Opium Wars with Britain and France.

The rebellion was led by Hong Xiuquan, an ethnic Hakka from Guangdong province. After failing for four times in a civil services exam, Hong had a nervous breakdown during which he had visions.

After getting hold of a pamphlet from a Christian preacher, Hong assumed that it was God and Jesus Christ who had appeared to him in the visions. He converted and began to spread his version of the faith.

Hong’s movement was christened the ‘Taiping Tianguo’ (Heavenly Kingdom of Great Peace). Its egalitarian ideals attracted many peasants at a time when China had already lost to Europeans in the First Opium War (1842).

The Taiping resisted Qing efforts to quell the movement and soon turned offensive. The movement captured Nanjing, which it continued to hold till 1864.

But the Europeans who defeated the Qing in the Second Opium War offered help to quell the rebellion. In the meanwhile, Hong committed suicide in 1864, leading to the capture of Nanjing and the end of the revolt.

The Taiping Rebellion weakened Qing rule so much that it collapsed in 1911, during the revolution led by Sun Yat-Sen. The egalitarian ideas that the Taiping espoused were later taken up by the Communists under Mao Zedong.

The farmers sitting in protest at Singhu and Tikri thus have a lot to be inspired by.