Farmers camping at Singhu, Tikri and Ghazipur on the outskirts of Delhi since November 26, 2020, did a ‘dress rehearsal’ January 7, 2021, for a ‘mega tractor rally’ on January 26. Photo: Vikas Choudhary / CSE

Thousands of tractors left in the morning from the Singhu, Tikri and Ghazipur borders and Rewasan in Haryana. They travelled on the Eastern and Western Peripheral Expressways. They will meet midway in the evening. Photo: Vikas Choudhary / CSE

The seventh round of talks between farmer unions and the Centre January 4 was inconclusive. The two sides could not reach an agreement on whether the three agricultural laws passed by Parliament in September last year could be repealed and also whether a legal provision could be provided guaranteeing minimum support price. These had been the key demands of the farmers. Photo: Vikas Choudhary / CSE 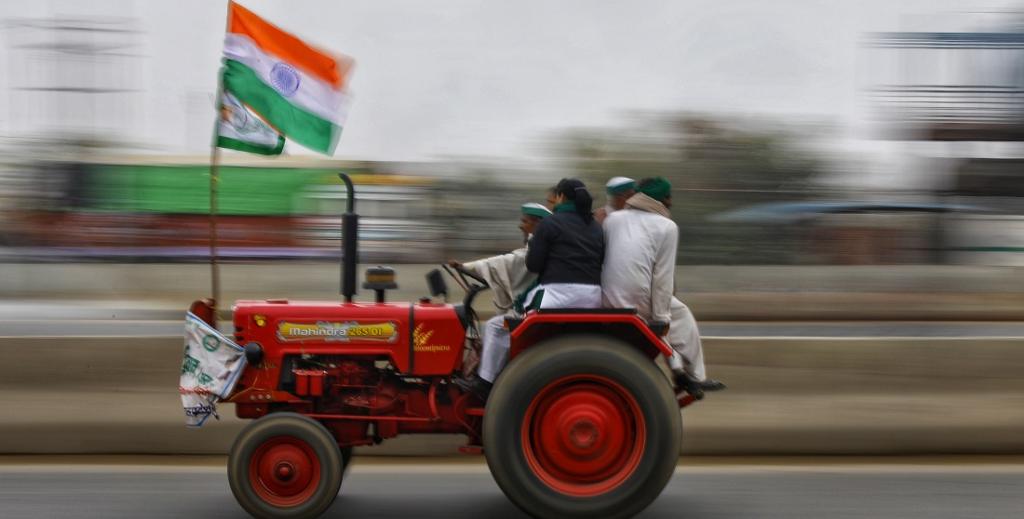 The next date for talks between farmer unions and the government is January 8, 2021. Some 60 farmers have died till now due to camping out in the open in the freezing, wet weather. Photo: Vikas Choudhary/ CSE