Farmers across the globe are quitting their business, while the rural youth population is increasing. Who will grow our food?

In 2019, the world started talking about a structural crisis impacting the planet’s most critical job —food production. The world’s food demand is rising but the number of people quitting, or not joining, farming is consistently growing.

This raises an existential question: who will produce the food? In 2016, the average age of an Indian farmer was 50.1 years, according to the Input Survey 2011-12 (released in 2016) by the Union Ministry of Agriculture and Farmers’ Welfare.

According to this survey, the maximum number of operational land holders (33.7 per cent), belonged to the age group of 41-50 years, followed by 33.2 per cent in the age group of 51-60 years. While this generation is reaching the age of retirement, the next one does not want to farm.

A majority of students graduating from agricultural universities switch to other professions. Only 1.2 per cent of 30,000 rural youth surveyed by non-profit Pratham for its 2017 Annual Status of Education Report aspired to be farmers.

“The percentage of students in agricultural or veterinary courses around India amounts to less than half a per cent of all undergraduate enrollments,” Madhav Chavan, founder of Pratham, said.

“Although the percentage of population working in agriculture and related areas has now reduced to about 50 per cent, it is an area that could use a more educated and trained workforce considering our productivity is much less than that of world’s leading nations,” he added.

We are approaching a situation where one of the world’s biggest food consuming nations will be left with few farmers. According to the Census 2011, every day 2,000 farmers give up farming. Income from farming has already lost the prime spot in a household’s total earnings. In 1970, three-fourths of a rural household’s income came from farm sources. After 45 years, in 2015, it is less than one-third.

Most of the households now earn more out of non-farm sources. The irony, though, is that a majority of Indian youth still live in rural areas where agriculture is the dominant and default source of livelihood by inheritance.

In 2011, 70 per cent of Indian youths lived in rural areas. Not just India, farming population across the world is ageing without an adequate replacement by the next generation. The average age of a farmer in the US is 58 years, while that of a Japanese farmer is 67 years. Every third European farmer is more than 65 years old.

Like in India, farmers are quitting farming worldwide. In Japan, for instance, in the next six to eight years, 40 per cent of farmers will quit farming. The Japanese government has embarked on a massive plan to encourage people below 45 years of age to become farmers.

What are the implications of this change? It’s perilous, because with India’s transition from a predominantly rural economy to an urban one, people’s occupations and preferences will also change. The immediate concern is whether India’s farming population will remain the same or will it migrate to non-farm occupations.

The other big question is whether agriculture would survive by being lucrative enough to provide for the survival of its practitioners? Much would depend on the resolution of the rural-urban situation.

Going by the census definition, a habitation is declared urban (excluding a municipality, corporation, cantonment board and a notified town area committee) if it has a minimum population of 5,000; at least 75 per cent of the male working population is engaged in non-agricultural pursuits; and the population density is at least 400 people per sq km.

Such habitations are also called the Census Towns. Between Census 2001 and Census 2011, the number of Census Towns increased from 1,362 to 3,894. This indicates that people in rural areas are quitting farming or joining non-farm livelihoods.

For the first time in history, a census (Census 2011) reported a decline in the population growth rate of rural India. There are indicators that many rural residents are not taking up farming despite being unemployed and having small lands. This shows that India is on the cusp of a major change.

Rural India is no more agrarian, in economic and employment terms. In a research paper for the Niti Aayog, economist Ramesh Chand (also a member of the government think tank) has analysed the transformation in the rural economy.

His verdict: Since 2004-05, it has become a non-farm economy. Farmers are quitting agriculture and joining non-farm jobs. It is an economic decision they have taken because they earn more from the latter. The income of a farmer is around one-fifth of a non-farmer.

This structural change came after the economic reforms in 1991-92. Chand’s research shows that between 1993-94 and 2004-05, “growth in agricultural sector decelerated to 1.87 per cent, whereas growth rate in non-farm economy accelerated to 7.93 per cent”.

This coincided with a sharp decline in agriculture’s contribution to rural economy: 39 per cent in 2004-05 from 57 per cent in 1993-94. Income has been increasing fast in comparison to farm income.

The trend has continued. This is what any plan for rural India needs to take note of. For decades, most government policies have focussed on non-farm sectors to absorb the people quitting farming. 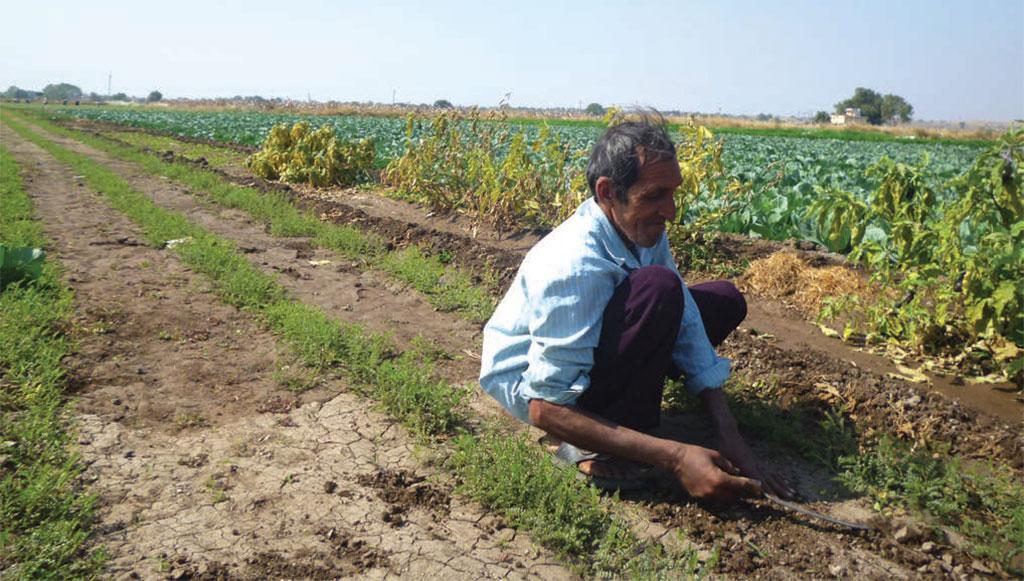 The focus of Modi 2.0 is also on these sectors to tide over unemployment and also to ensure livelihoods to those who have not been able to survive on agriculture. For example, the construction sector accounted for 74 per cent of the jobs created in non-farm sectors in rural areas between 2004-05 and 2011-12.

The government’s political grandstanding on its investment in infrastructure is because it is this sector that absorbs rural work seekers. But there is a catch here. Despite the change in the rural economy, the non-farm sectors are not able to absorb job seekers because they are not able to generate jobs at the required rate.

For example, during the pre-reform phase, rural employment had 2.16 per cent annual growth. This reduced in post-reform phase, despite a high economic growth. So, Modi 2.0’s prime target of a $5-trillion economy, even if achieved, will not create jobs in sectors where they are needed.

Mostly, it will be a “jobless” growth and unfold into a crisis: where would the people who quit farming be absorbed? Currently, they account for a large number of underemployed and also the unemployed. They stick to agriculture despite knowing it is not remunerative. But how long can one sustain a loss-making sustenance?

The government’s strategy is to shift the underemployed population to the non-farm sector. This is already happening. During 2004-05 and 2011-12, about 34 million farmers moved out of agriculture, shows National Sample Survey Office data. This is 2.04 per cent annual rate of exit from farming.

According to Niti Aayog’s estimation, if this trend continues, share of farmers in total workforce would be 55 per cent by 2022, the year the income doubling has to be achieved. Specifically on cultivators, Chand estimates, their number would decline by 13.4 per cent by 2022-23.

“This implies that the available farm income will be distributed among 13.4 per cent less farmers,” suggests Chand in his paper. He suggests that by increasing the rate of farmers leaving to non-farm sector to 2.4 per cent / year from the current 1.81 per cent has the potential to achieve the target by 2022.

“Total number of cultivators is required to come down by 2.4 per cent each year,” he says summing up his strategy to achieve the doubling farmers’ income target.

Agriculture is the way out

A new study, the 2019 Rural Development Report by the International Fund for Agricultural Development, added another dimension to the issue of unemployment among the rural youth in context of the declining farmer population and income from farming sources, not only in India but also the world.

The report aggregated several studies to calculate population trends as well as economic futures of rural youth and concluded that their population is increasing across the globe, but more in Asia and Africa, particularly in developing and least-developed countries.

This bulge in rural young population comes at a time when these areas neither have impressive economic growth nor diversified livelihood sources. Where would they be employed?

Consider this. Close to three-fourths of the rural youth live in countries where agricultural value-addition is among the least. “Young people have a tough time escaping poverty by engaging in farming activities in these countries; most will earn a better living by transitioning into other sectors,” the report claimed. The trend is observed in India as well.

A significant percentage of the rural, young unemployed in the country is found in states like Uttar Pradesh and Bihar — primarily agrarian states with a very high young population looking for alternative livelihood sources than farming. However, in comparison to African countries, India does have higher level of non-farm employment.

At the same time, the study argues, agriculture has huge potential to gainfully absorb the new work force. Close to 67 per cent of rural youth live in areas that have high agricultural potential.

“Failing to act risks creating a lost generation of young people without hope or direction, which contributes to an increased risk of forced economic migration and fragility,” Gilbert F Houngbo, IFAD president, said.

So, potential of agriculture is not a constraining factor for the rural youth to take up farming as a vocation. That they don’t reap a good harvest and price are the main reasons for their disinclination.