A landless farmer from Vetale village near Pune, she has to work for Rs 100 a day to make ends meet

Her fragile frame may belie reality for she has nerves of steel. Padma Bombale is a farmer from the village of Vetale that falls in the Khed block of Pune district in Maharashtra.

She is a landless farmer who has seen many adversities apart from the novel coronavirus disease (COVID-19) from November 2019 onwards. She works as a daily labourer like many women from her village for Rs 100 per day.

This is lower than the wage guaranteed by the Mahatma Gandhi National Rural Employment Guarantee Act (MGNREGA) in Maharashtra. She is not aware of MNREGA and has not heard about the controversial Farmers Bills of 2020. Most of her adolescent and adult life has been spent toiling in the fields, hoping and living for a better future for her family.

She is currently just trying to keep her family alive and well amid the most trying situations. Her husband who plies an auto-rickshaw in Mumbai, has been out of work since the pandemic struck in early March. His mother (her mother-in-law) lost her battle with uterine cancer fifteen days ago.


They had to sell Padma’s ornaments and borrow from friends and relatives in order to fund her treatment. She did not have work during April-June 2020. They survived on whatever they could grow, get or buy (in that order).

On some nights, they let their kids eat and themselves slept hungry. He does not plan to return to Mumbai anytime soon because the regular customer traffic has not picked up. Also, the ‘auto sharing’ option that is financially lucrative for him and very popular in the city, has come to a stop due to social distancing norms.

They are already in debt and owe Rs 100,000 to various creditors, including a village self-help group. One more illness on the heels of the previous one can completely wipe out the family.

There are many women farmers in Vetale and in the neighbouring villages whose stories mirror Padma’s tale. The widely oscillating onion prices, coupled with the challenges imposed by COVID-19, have left them financially and physically drained and mentally exhausted.

The entire area around Nashik-Rajgurunagar, which has many villages such as Vetale, is known for onion cultivation. Lasalgaon is the ‘onion hub’ of India and is about four hours away from Vetale.

Vetale is just about 67 kilometres (km) or about an hour’s drive from Pune city on a light-traffic day. But it is a whole world away when it comes to the situation prevailing in the small village of about 2,313 people. There is no post office, banking, healthcare facility, police station. There is only the state transport bus facility that connects the village with the sub-district headquarters of Rajgurunagar.

The village school teaches up to Class 10 with Marathi as the medium of instruction. The nearest colleges are in Rajgurunagar. The travel time is about 45 minutes one way, but the journey can be tiring, especially in the monsoon.

This is one of the main reasons that girls from the village tend to drop out after Class 10. They are married off, or in rare cases, the entire family shifts to the city. The men seek employment in nearby cities like Mumbai and Pune. Women, children and the elderly are left behind in the village.

Rain-fed farming is predominant in the village. This is because a few rich farmers have the financial capacity to bear the power costs associated with pumping water from the river Bheema that skirts past the village. 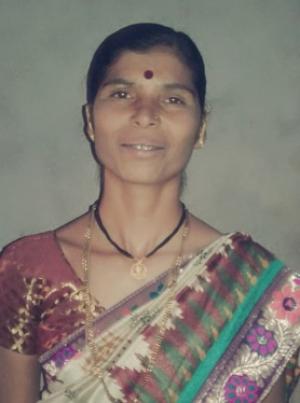 The famous Chaas-Kaman water reservoir is about 3 km away, but on the other side of the hilly terrain from Vetale, which is about 647 metres above sea level.

The spurt in COVID-19 cases has brought a lot of immigrants into the village. These are relatives, friends and acquaintances who have either returned to their homesteads or are seeking a temporary respite and waiting for the situation to stabilise so that they can go back and try their luck in the cities.

This sudden influx has resulted in an over-supply of labour, resulting in greater instances of unemployment. Padma narrates an instance where she lost an opportunity of a week’s worth of work to a new immigrant.

“He was a young lad, maybe my son’s age and was capable of doing rigorous work compared to me. He had no familial obligations, so naturally he got the job and I didn’t,” she says. There have also been two known cases of COVID-19 in the village so far, which were addressed by moving the infected patients to a hospital in Rajgurunagar.

Padma is aware that there can be some asymptomatic cases too and wears a homemade mask to protect herself. About two years ago, she had got her Hb test done and her level was 8 gram / decilitre. She smiles, her tanned face is creased with wrinkles which make her look a lot older than her age of 35 years.

“I have to survive and ensure that my family survives through this period,” she says. She has plans to get her daughter married in one year’s time. Her daughter has chosen to drop out of school as she does not want to travel to Rajgurunagar.

At the moment, marriage seems the convenient option to her as she is slated to marry her paternal cousin who is financially well-off, compared to their family. Padma is not sure about her daughter’s decision. On one hand, she wants her to study further and break away from the poverty trap.

She realises that education is the only way out to a better life. But funds are scarce and there is also an inner fear of other issues. Two young kids from their village have eloped in the past couple of years and while it may be a statistic for the villagers, she is concerned that her daughter may encounter a similar fate.

Her other sources of income include the sale of onions which she generally gets as a part of her compensation while working on farms during the harvesting season. Yet another source is the vegetable patch that she is sometimes able to cultivate in collaboration with another farmer.

In this arrangement (also referred to as ‘vata’ or ‘ardha’), the farmer who owns the land, gets to keep half the profits generated. The labour cost is borne by Padma and the costs of the seeds and fertiliser are shared between both the parties. The produce is sold to middlemen. This year, even that was not possible due to the COVID-19 pandemic.

The 10th agricultural census released by the Government of India shows that small and marginal farmers with less than two hectares of land account for 86.2 per cent of all the farmers in India. However, they own just 47.3 per cent of the total crop area.

The situation of women engaged in agriculture is even more challenging. According to a survey conducted by Oxfam, around 80 per cent of the farm work is undertaken by women in India.

However, they own only 13 per cent of the land. This is due to a variety of factors such as our patriarchal norms, absence of land rights that favour women or even an institution they could contact to solve problems such as marketing of produce, accessing banks for loans or finding work if they need it. 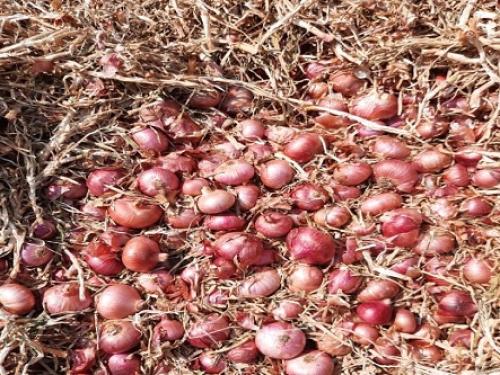 Vetale is named after Lord Vetaleshwar, the village deity. The temple, which is located in the heart of the village, is closed at the moment but Padma makes it a point to stop by and pray every morning. Somewhere, she knows that day-to-day challenges need solutions which she has to find and fix.

Divine intervention is woven into folk tales and stories that are passed on by the village elders. She wishes that she can save enough to build a small storage area to preserve the onions in order to get a better price. The money would come in handy in so many ways she says, especially since gold prices have hit the roof.

She reminices about the time that she had to sell her 12-gram gold necklace in order to pay for an immediate plastic surgery for her brother-in law’s facial injury and dreams of getting a necklace that is identical to the previous one in time for her daughter’s wedding.

I ask her if it is really feasible to make any gold ornaments for a long time. She smiles and her eyes well up. “The only thing that we poor farmers have is hope. It is the only thing that keeps us going,” she says.

Raji Ajwani-Ramchandani is a post-doctoral research fellow at the Centre for Policy Studies, IIT Bombay, Mumbai