Farmers from various parts of the country who have protested at the borders of Delhi for the past eight months, have finally been allowed to assemble at Jantar Mantar in the national capital. Here, a group of farmers are seen sitting at Jantar Mantar. Photo by Adithyan PC / CSE 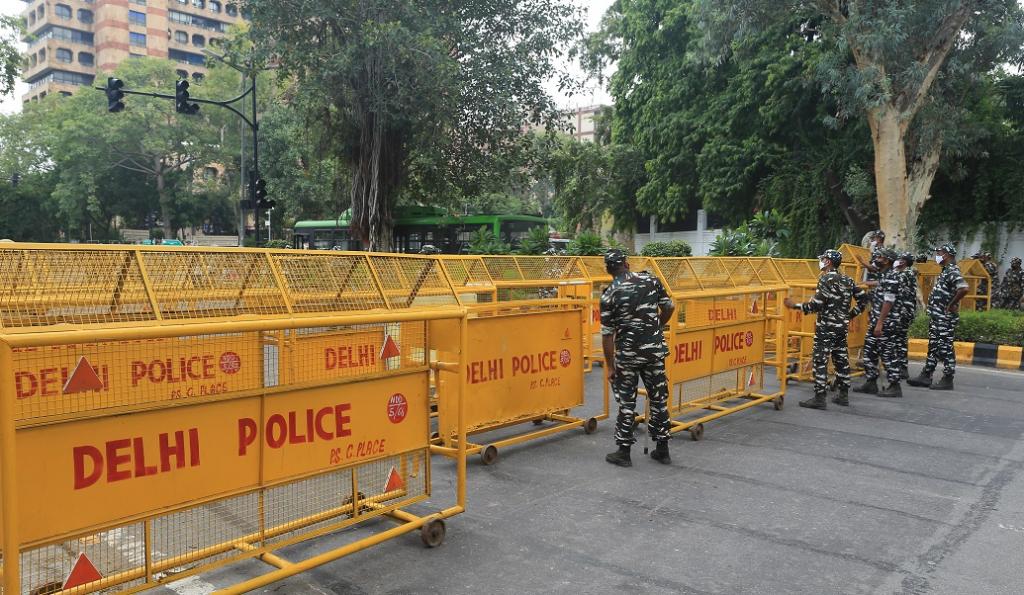 Some 200 farmers were brought in vehicles from the Singhu border post under tight security July 22, 2021. They will be allowed to protest everyday from 11 am to 5 pm till August 9. Here, security personnel stand guard at Jantar Mantar beside barricades. Photo by Adithyan PC / CSE 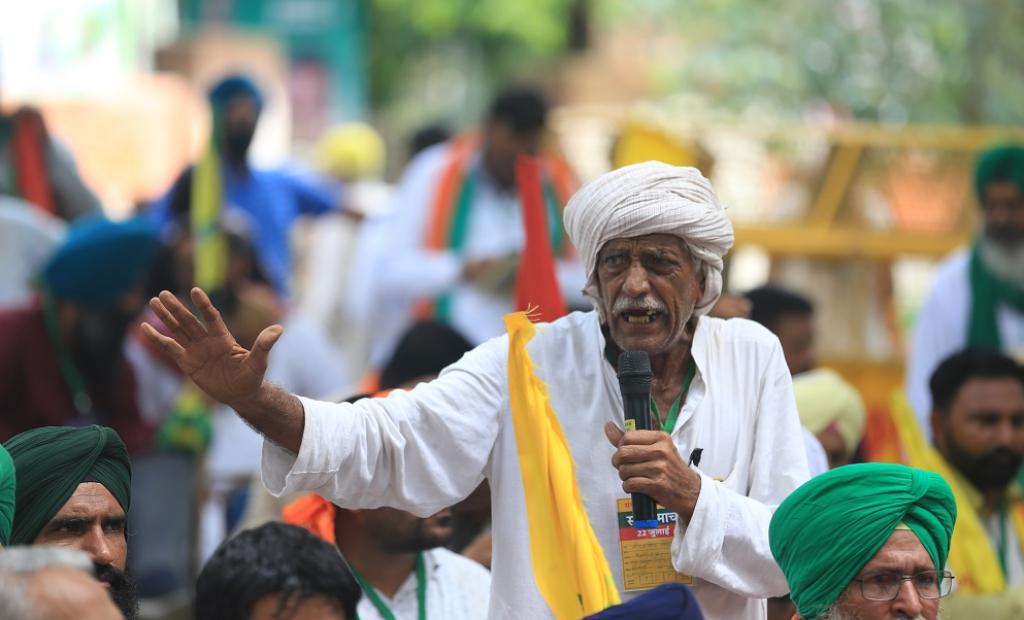 The farmers are holding their own parallel Parliament, complete with a Speaker and Deputy Speaker. Speakers on the first day discussed how the farmers’ resolve had not been shaken despite eight months of being out in the winter cold, the summer heat and now the rains, in addition to the second wave of novel coronavirus disease (COVID-19). Here a speaker takes the floor. Photo by Adithyan PC / CSE 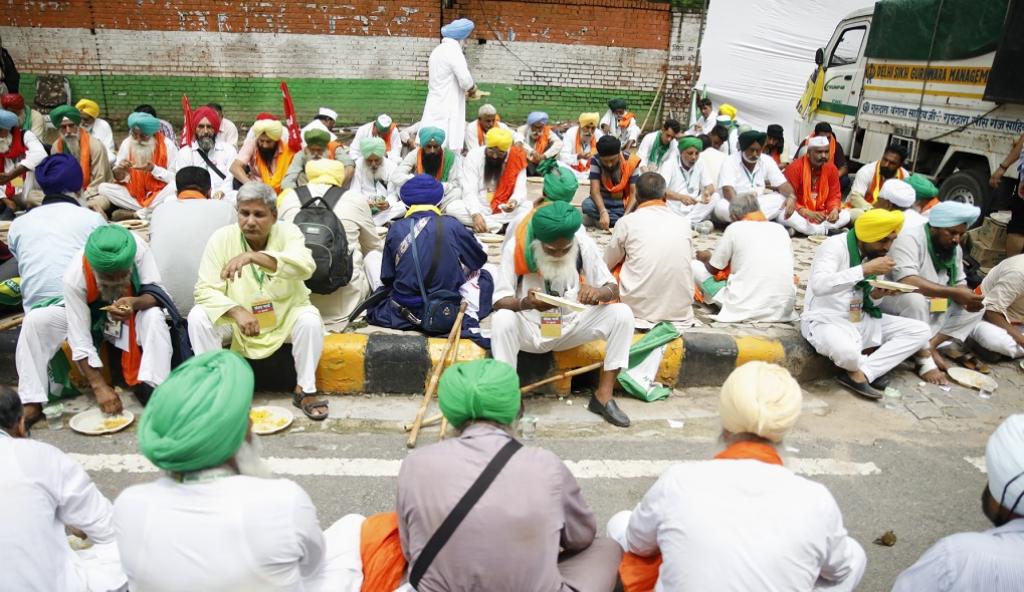 The farmers arranged for their own food. Here, groups of farmers eat lunch at Jantar Mantar. Photo by Vikas Choudhary / CSE 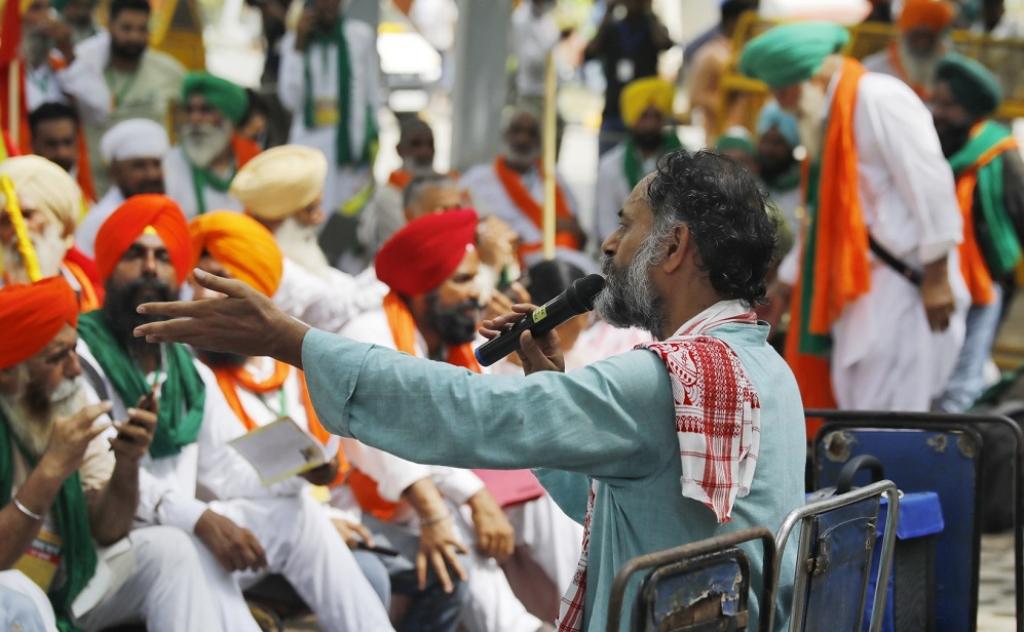 Head of Swaraj Abhiyaan, Yogendra Yadav, addresses the farmers. Other leaders like Rakesh Tikait were also present. Many Cabinet ministers visited the venue but did not address the farmers. Photo by Vikas Choudhary / CSE 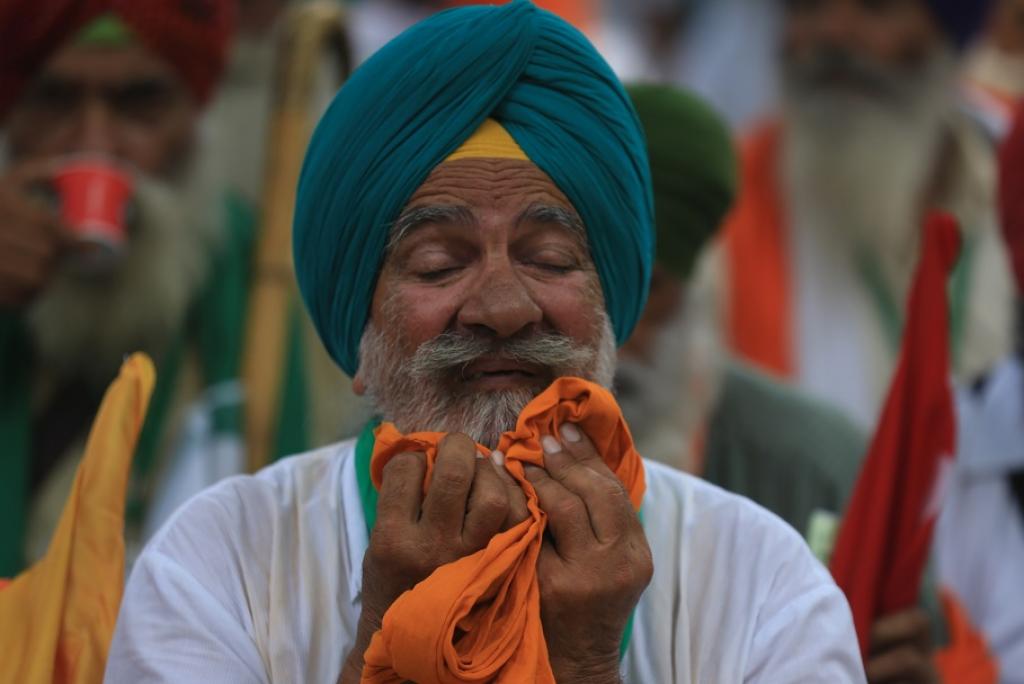 A farmer wipes the sweat from his face on what has been a humid day in Delhi. Photo by Adithyan PC / CSE