We’ve seen farm to fork, but what about farm to runway, building or skin? Hyderabad is welcoming this controversial green with open arms — and we are here to celebrate its inherent versatility

“People often ask us if they’ll get high by wearing something made of hemp,” starts Prashansa Sahani, founder of Hemp Republic. In her hands is a linen-like textile sample, white and soft-looking. Prashansa along with Varun Gupta brought about Hemp Republic, a Hyderabad-based organisation which looks to empower the natural and sustainable substance through paper, textiles, shoes and more — and they’re not alone.

But what’s the big deal with hemp? Before you think of all things marijuana, on an industrial level, it has the power to be its own economy… in fact, it already is; according to a 2017 estimate from cannabis industry analysts Brightfield Group, the hemp-CBD market alone could hit $22 billion by 2022.

The agricultural value of the plant itself is nearly unrivalled; it’s practically carbon neutral and doesn’t require any pesticides. This means all of the plant can be put to good use, it can provide a sustainable alternative to many of today’s unsustainable practices.

Prashansa and Varun Gupta admit it took them ages to get Hemp Republic off the ground — from getting it GOTS (Global Organic Textile Standard)-certified to ensuring everything down the production line is fair trade. “When you see the product and have conversations with people who are initially sceptical about hemp and you see understanding in their eyes, it’s truly worth it,” explains Prashansa, who runs a special silk blend swatch in between her fingers. The pale turquoise fabric gleams in the light with the lustre of any high-end silk you’ve seen on a runway, from the likes of Recreator or Donatella Versace.

Over the weekend at Olive Bistro, Project H (no prizes for guessing what the ‘H’ stands for) — India’s first showcase dedicated to the delightful green which brought together like-minded people — was lit with all the fervour of a typical night out in Jubilee Hills.

Project H kicked off a panel discussion on ‘The Past, Present and Future of Hemp in India’, with Tathagata Satpathy, the Member of Parliament from Odisha; Jayesh Ranjan, Secretary, government of Telangana, as well as senior counsel Abhishek Patwari exchanging their points of view with those present.

The discussion centred around the relevance of hemp in the mythical connotation and its association in ritualistic practices, measures to be taken to bring it into the mainstream and the role of government policy in regularising its use. Tathagata, who enlivened the discussion with his wry remarks said, “Hemp was a part of Nature and religion was associated with whatever was natural. With research and science at its peak, we need to focus on its positive aspects.” He stressed on decriminalisation and said that the way forward is when a small farmer could grow it naturally, like sugarcane, and can benefit from it.

Jayesh, who shared with the audience that he was wearing a shirt made from hemp fabric mentioned that its acceptability will be dictated by its ability to transform itself into a wide ranging product base. He added, “From soaps to clothes, one needs to focus on its usage in day to day lives. If it does, then government legislation will come in, just like with drones which are now used widely. The merit of the product has to speak for itself.”

As one meandered past the soft warm lighting hanging from the trees along the winding pathways, one could meet ‘hempreneurs’ from different corners of the country: Health Horizons from Noida, Vedi from Bhubaneswar and Himalayan Junglee, which was a popular destination stall offering hemp belts, tapestries and quirky artworks. Being in Nepal places this hempreneurial team at the frontline for all the green. 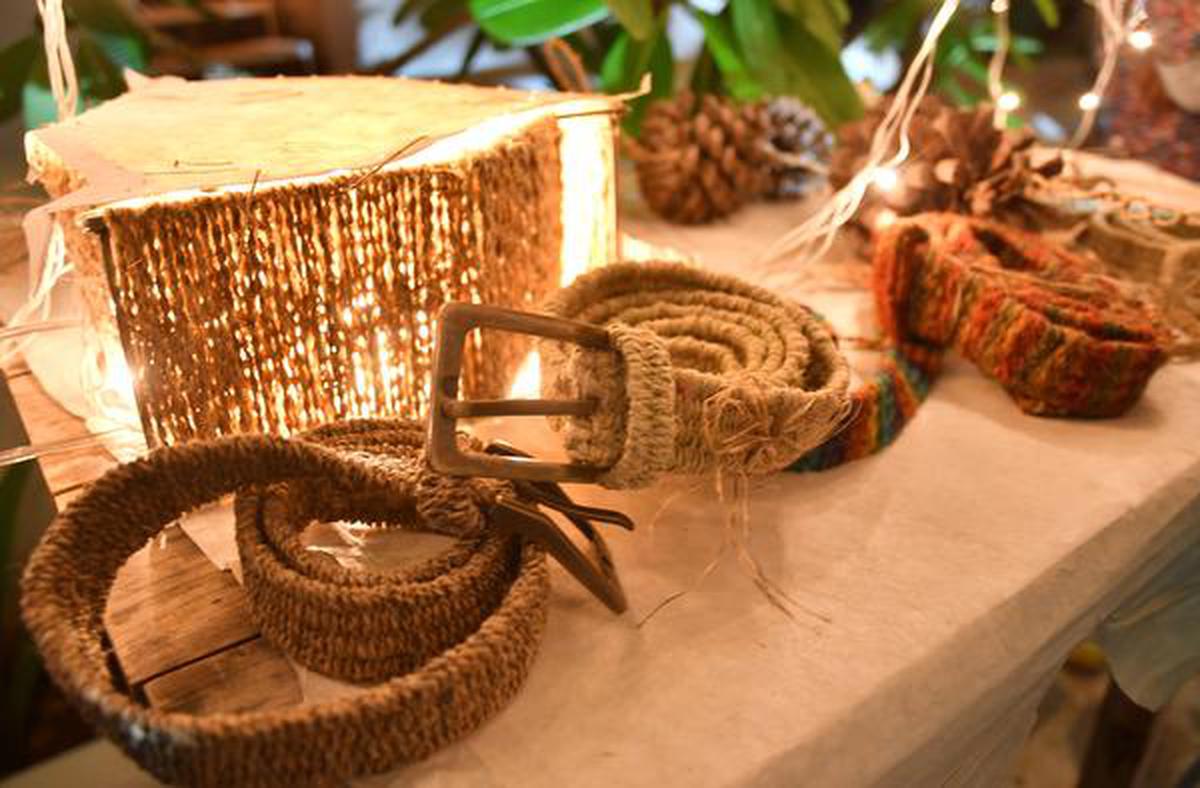 The merit was widely at display at the event — from clothes made from hemp fabric (even denims!) and cretes which can be used in construction in place of bricks (to replace the highly polluting cement) to hemp flavoured food (think ice cream and cheese balls) and body care products (hair and baby oils, soaps and body butters) and even belts made of hemp, which can last decades, a staggering variety of products were showcased at the event which would appeal to even the most discerning of hemp critics.

Hempcrete, courtesy Green Jams, is exactly what one would think it was, and people happily got their hands dirty and manicures ruined as they got down to hand-make hemp concrete blocks. Is India ready for hempcrete? After all, the benefits include that it is mould-resitant, largely due to the core’s high silica content, and is also non-toxic, anti-fungal and anti-bacterial. Unfortunately, with the rather rigid construction frameworks many corporations seem to adhere to, the space for hempcrete is a slowly growing one. 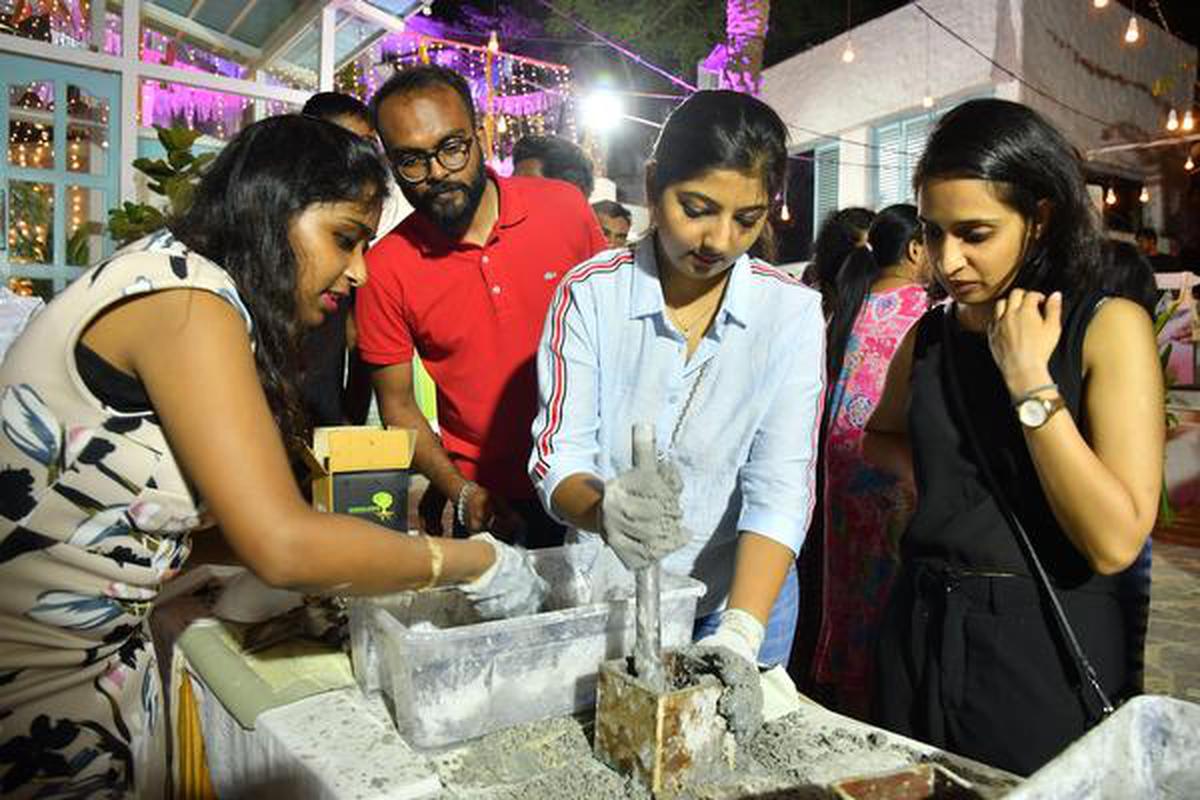 City-based nutritionist Sridevi Jasti exulted in the celebration, as did many others. “I just love the power of hemp. It’s so versatile! While I understand the legalities, hemp hearts are such a treasure, especially nutrition-wise. I mean, these lovely tiny things are balanced in Omega 3 and Omega 6 which is just so good for you.”

So what’s the future for growing hemp in Hyderabad? Prashansa and Varun say the nurturing climate in Uttarakhand is the best, adding, “Why should we, when the farmers and weavers are the experts?” Many of the entrepreneurs spoke highly — no pun intended — of their connection with Uttarakhand, which was the first in the country to legalise industrial hemp. 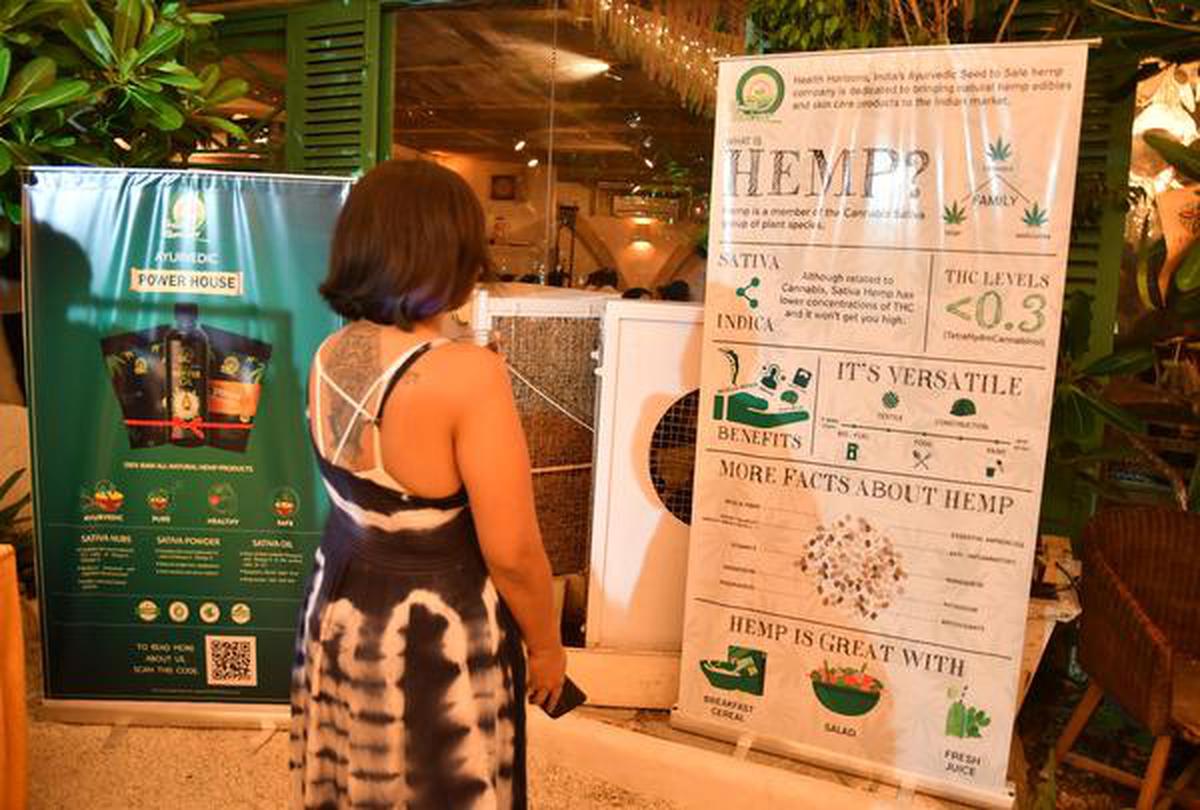 At Olive Bistro in Jubilee Hills, Hyderabad, organisations and hemp enthusiasts came together for Project H exhibition, a lively culmination that is India’s first hemp showcase. Pictured here is a curious reader on all things hemp.
| Photo Credit: Nagara Gopal

“We are in touch with our farmers in Uttarakhand on a constant basis,” says Varun, adding they’re sent pictures and videos of the industrial processes from harvesting to spinning. “They have such pride in their line of expertise, we let them do what they do best. We’ve learned more from them about hemp than anywhere else.”

Ayush Agarwal from Jaipur, who works with Seeds and Stems, an organisation which develops yarn from hemp says that he dropped in at Project H to understand the sentiment on ground and is visibly enthused by the experience. He shares, “While there are a lot of battles ahead, from legislation to marketing, it’s nice to meet like-minded people. It’s a niche product so it requires all the support it can get.”